Remember how Bobby was dying? He was on his last legs. And giving him a little gut-supporting pyjama wasn’t enough. He just didn’t feel as nice, texture was lost. And stuffing sortoff leaked out through the legs. I was having serious anxiety issues about his leaving me. So after weighing all my options (getting over it, finding professional help, learning how to knit), I decided to re-knit him entirely. 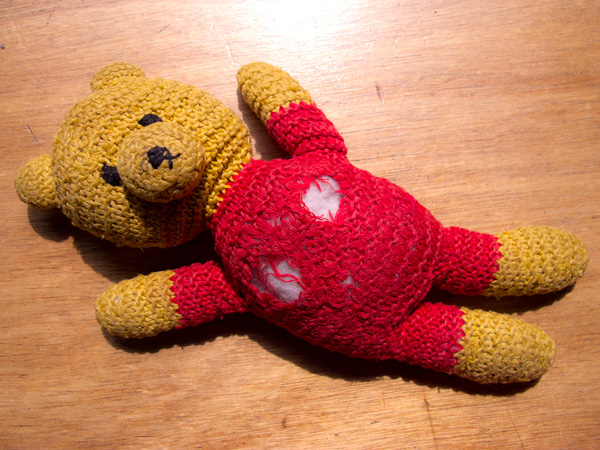 I then deconstructed and reconstituted him. It seemed a daunting task, but it turns out the difficulty of knitting round with 4 needles is overrated, as is knitting in general. He hasn’t felt this firm since I was 4. I do have to confess that counting the stitches was arduous, and that the first attempt at knitting his nose was different than expected. But in the end, it wasn’t that impossible. So now he and I will be together forever! Or in any case as long as I will live and am able to re-knit him when things get tough. 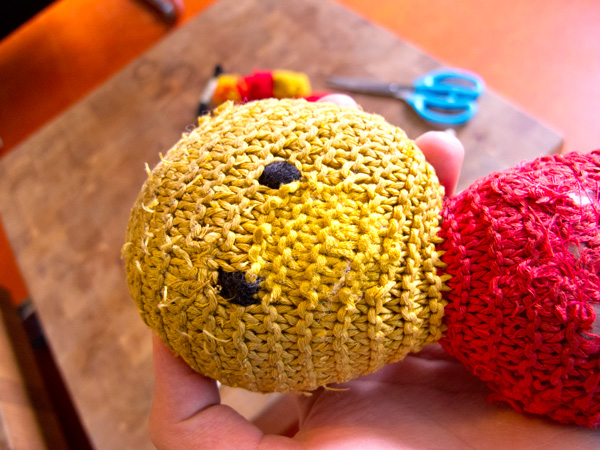 As you can see Bobby is reclining on top of some very nicely coloured books, cookbooks: Clean Food and Clean Start. And not all that expensive, considering the photographs and invaluable information. They reminded me of Gezond Lekker Eten, but they’re certainly more modern (also some nutritional information has been updated in the last printing). It’s the food I grew up with: healthy, vegan and delicious. The basic how-to-cook-a-pulse-and-why-is-this-vegetable-good-for-me information is all there. I love Veganomicon this is a lot closer to how I normally cook or would like to cook when I cook something other than pasta with veggies and salad and tofu. 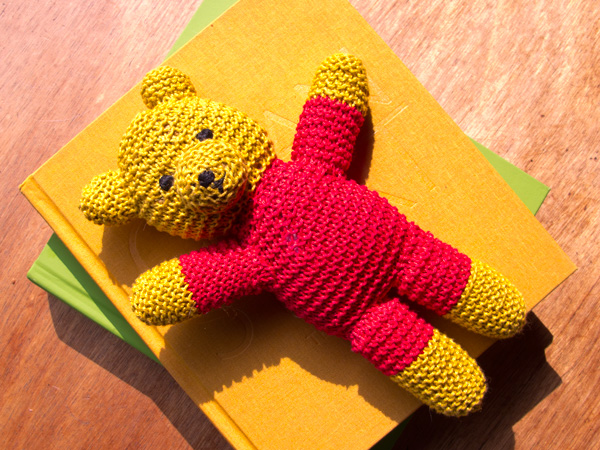