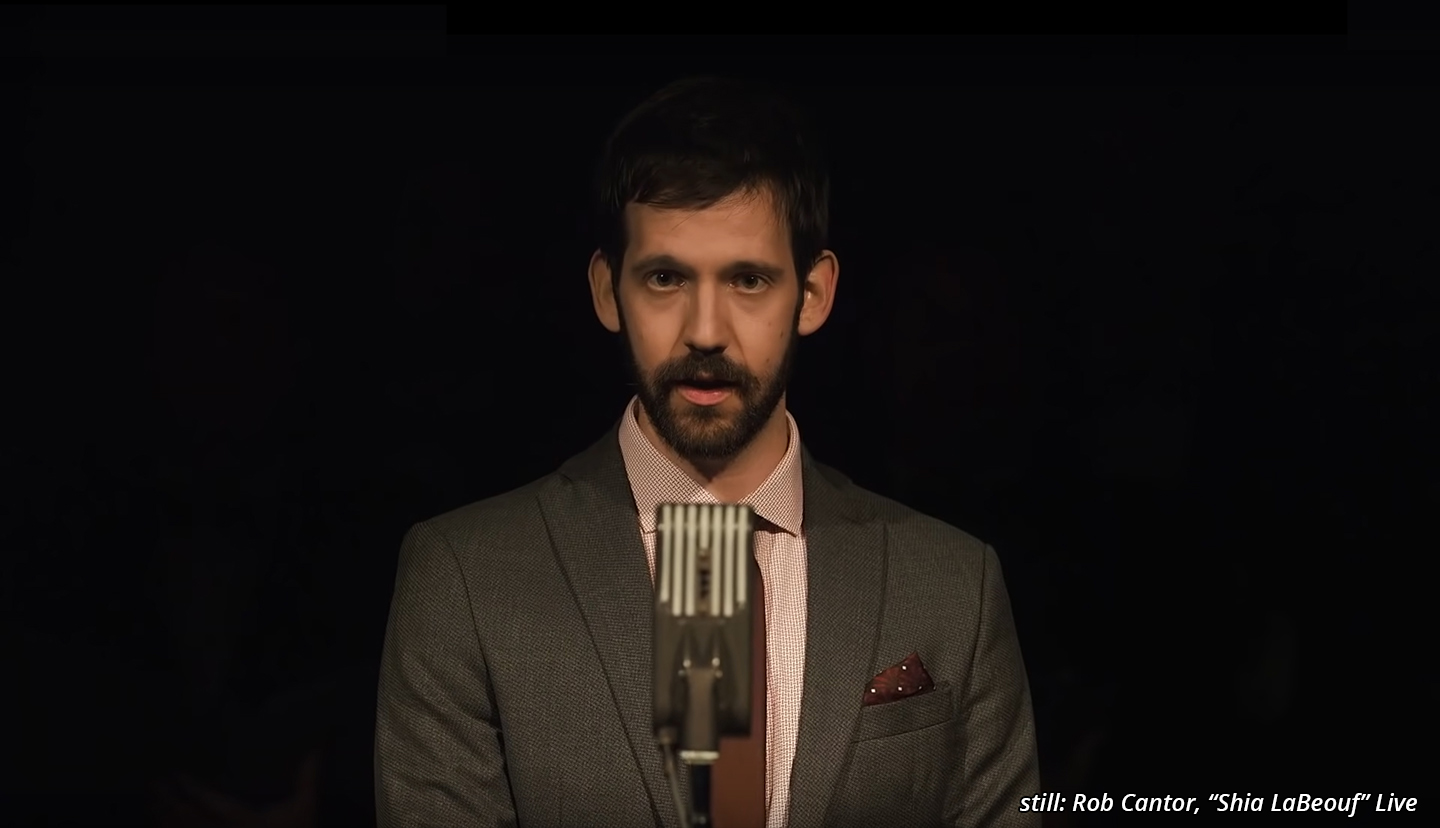 “Shia LaBeouf” Live (2014) is an online performance and viral video created by musician Rob Cantor. As Cantor himself puts it in the video’s description: “It tells the true story of an actual cannibal.” In the performance, the story of a Hollywood superstar/actual cannibal, who is referred to with the same name as existing celebrity Shia LaBeouf is told. In this thesis, I attempt to answer the main research question: In which three ways does the perspective offered on the role Shia LaBeouf in Rob Cantor’s performance “Shia LaBeouf” Live, differ and defer to constitute a self-reflexive, critical view on the theme of celebrity? The performance presents three roles: that of the Hollywood superstar, that of the actual cannibal, and that of Shia LaBeouf performing Charles Foster Kane. I will use Jacques Derrida’s concept of différance, and Philip Auslander’s practical application of it to performance, to determine which roles are presented in the performance and how they interact. Then I will look at what connotations each role adds to the performance, taking into account Maaike Bleeker’s work on audience address to see if these create a critical comment on the concept of celebrity as understood by Chris Rojek. I conclude that the performance, through the use of the intermedial reference of the citizen kane slow clap, is self-reflexively critical, though not critical of the overall concept of celebrity.