Little did I know that when you forget to do something with your kefir for a few days, not only do you end up with lots of kefir grains, but also with cider! This is a welcome surprise (I read something along those lines in the fermenting book, but it also looked like it would take forever), because the last time I made cider, it wasn’t just disgusting, it also exploded all over the living room, the garden, our cats and the neighbours’ dog. Seriously. We had to repaint a part of the ceiling (and clean part of a cat). The kefir is non-explosive and tastes good which is quite a relief. Since the grains are growing like mad, I can also give them to all interested friends. My sister has approved of the kefir, and if she approves of food, you know it’s good. 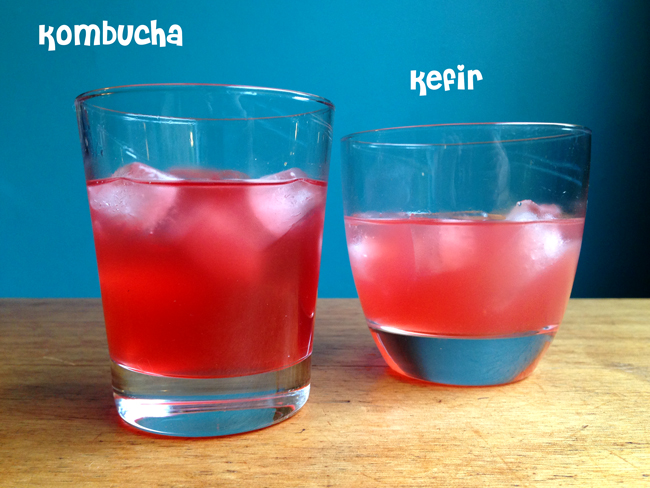 The same goes for kombucha. A friend of my dad’s (whom he met at work in Amsterdam), got us a SCOBY and I can’t thank her enough! She gave us two, but now I only have one left because I could’t keep up with the amount of babies it kept producing and the amount of kombucha I had to drink. Kombucha is basically the roller coaster of the lemonade-world. There are no known health-benefits, it is a bit of an unusual activity when you look at it objectively and it is almost completely safe, but a few unlucky people have accidentally died because of it. I am still in very good health after drinking quite a lot of both homemade and store-bought kombucha (and am willing to bet there’s probiotics there and in any case a delicious low-sugar carbonated soda). I can report that home-made tastes a lot better than store-bought. So it has gotten to the point where I serve it to friends, but maybe I will never feel safe enough to serve it to frail old people or pregnant women. 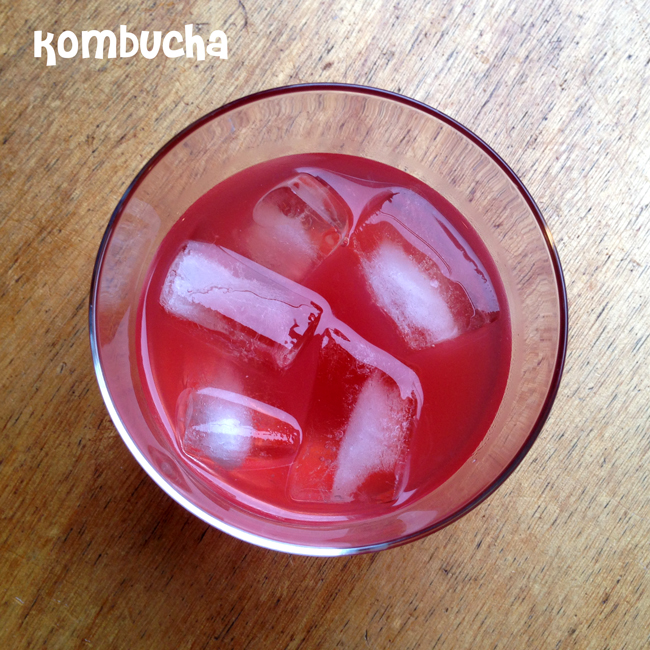 Back on the SCOBY: it turns out ours is of noble breading, its grandmother originating at Goldfinch. Which is not only nice to know, it also turns out this is an incredible source of information! I can certainly recommend the True Brews book, and although I have only read it and not tried any recipes yet, I also really like the Delicious Probiotic Drinks book. But the Goldfinch website settled a few issues that my books did not address (“My SCOBY looks a little bit like the elephant man grew a beard, is this normal?”). It is, and the recipe takes a bit longer than the book says, which I noticed, because last time I checked it after 7 days it was still rather sweet. I will update you on the cider, and let me know if you want a SCOBY. Mine is having babies like crazy! I can hardly keep up. Babies come with healthy SCOBY, so I just need do find more friends who aren’t afraid of things that look like a cross between a jellyfish and an illegal organ donation. 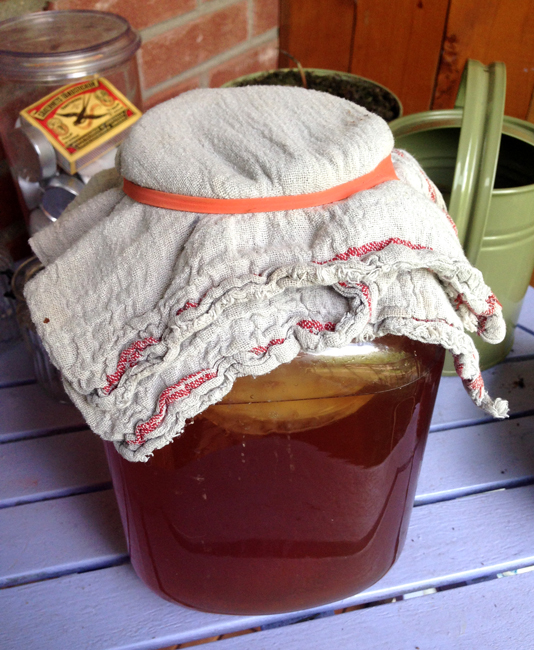 Ps. I think Welcome to Night Vale had a very applicable sentiment to utter about kombucha. Actually, it was about beauty, but it still applies: “There is a thin semantic line separating weird and beautiful and that line is covered in jellyfish.”