I often wonder if I antropomorphise my cats too much. I guess it won’t hurt them if I think of them as tiny furry humans, hell, they probably think of me as a huge relatively clumsy cat. At least that’s what the book suggests. What finally convinced me that we are in essence pretty similar creatures, is Captain James Tiberius Kirk (the original). I am more a TNG and Voyager fan (with a huge Garak-weakness), and you can wake me up for Commander Tucker any time of night. 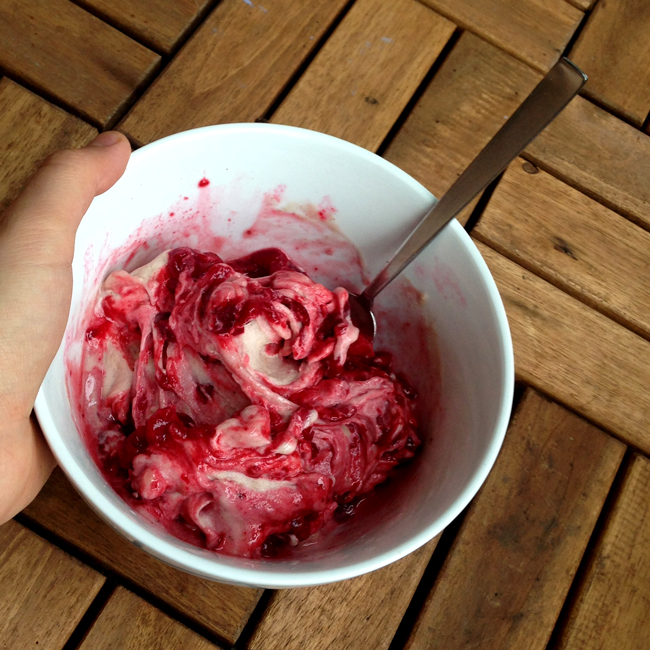 I am not so much a fan of TOS because it is difficult not to laugh or fall asleep because of the very lengthy pauses and stage-like over-acting common in the 60’s. But then there’s Kirk (and Nichelle Nichols <3). Don't get me wrong, it is completely logical that Spock became the sex symbol. But I react to Kirk the way my cats react to butterflies. Whatever I’m doing, if there is Kirk, I will become pre-occupied and stare at him transfixed. I can’t say that I start batting at the computer screen, but I cover my mouth with my hands every now and again in overexcitement. 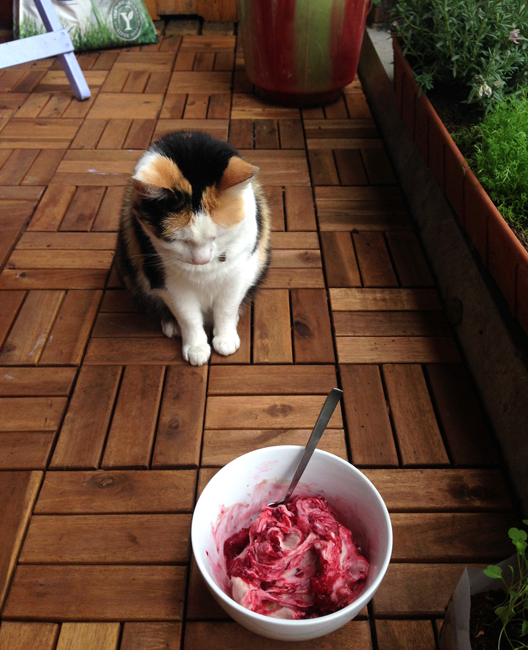 To go with the Kirk and aloof cats, you should probably make banana-sorbet. There’s so many recipes on the internet that you hardly need my extra input, but I should say that I usually add some extra maple syrup to the sour cherries, and have added chocolate chips on occasion. It was really good. It’s not “just like ice cream, yum” (Kristina really gets on my nerves), but it is an excellent snack or even a proper meal when combined with hot cereal. Also, huge coconut flakes are my new favorite thing. Oh, and always add vanilla. It makes the sorbets go from “quite good and fruity” to “what is this ambrosia (sort of)”.

I’ll leave you with something only mildly Star Trek related: Shatner does Common People. Maybe next time we will discuss the ins and outs of Cardassian politics.