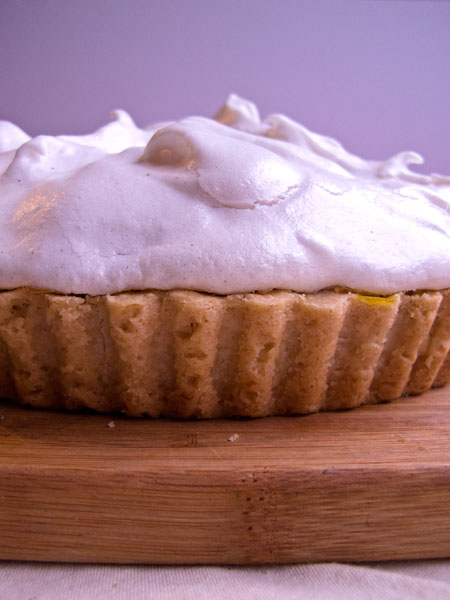 Today, I’ll give you two versions of one recipe: the big traditional one and some smaller deconstructed pieces of heaven. 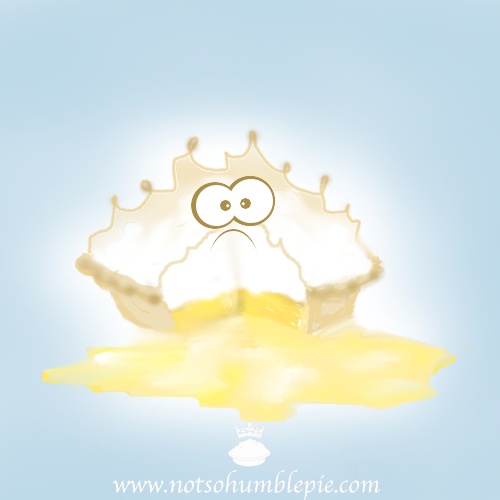 None of these pies would have been possible without Ms. Humble (or Orgran No-Egg). Ms. Humble’s picture of a pie wetting itself, along with her explanation of the internal struggle of the lemon-part of the pie inspires greatness. Read her entire post before you attempt this recipe. And Orgran No-Egg just kicks ass. I adapted/invented this recipe a week before Vegan Pie in the Sky came out and I was deeply worried they’d have me beaten to the punch. They didn’t. This is still the best Vegan Lemon Meringue Pie I know of. 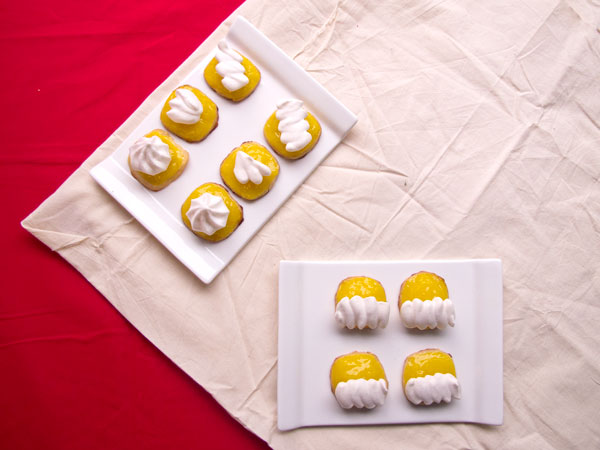 This isn’t the easiest recipe you’ll ever master, so you might want to follow it somewhat carefully. However: once you have mastered it, vegans will worship the ground you walk on, just as those with egg- and gluten-intolerance (if you use GF-crust and certified GF ingredients). Of course I wholeheartedly encourage everyone to use their favorite recipe for the crust. I’ve taken a new shine to the shortbread tart-shell from Pie in the Sky. If you want it really fancy, blowtorch you meringue, or put it under the broiler for a minute or so. I have yet to meet an omnivore who notices it’s egg-less. I’ve never had a fondness of meringues, but since it could be done, I felt it should be done. A vegan Baked Alaska, also based on Ms. Humbles instructions, will follow shortly. It turns out it’s all so much easier to make than I could ever have imagined. 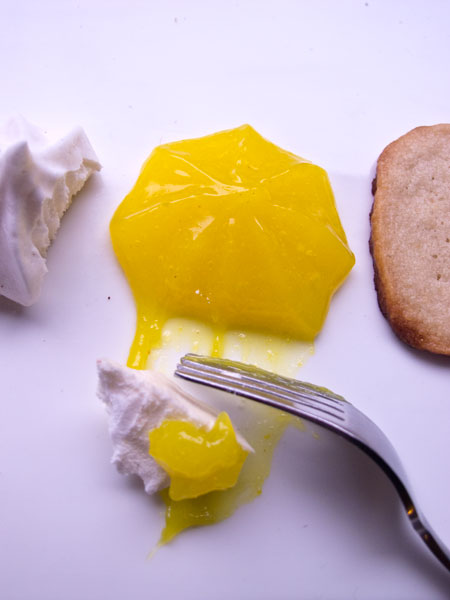 One last word of warning: don’t slice the pie before it’s completely cooled. I did. The following mess came about. Once it did finally cool, it sliced beautifully, none of the pie wetting itself business, but by then it was dark, so no pictures. Which was the reason I started slicing way too early in the first place. The crust stayed perfectly intact as well. The pie was gone that same evening even though we’re only with four. It’s that good. 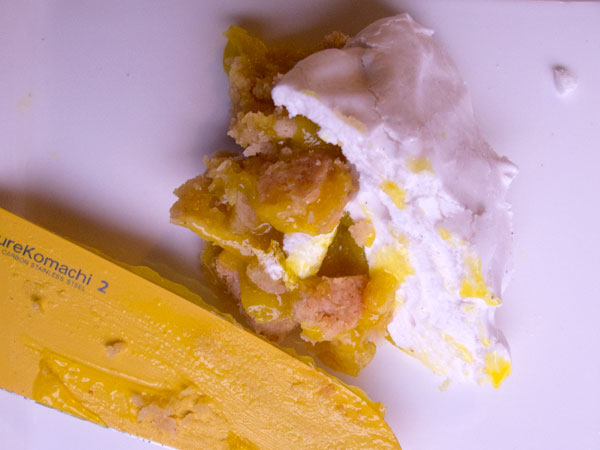